When performing a Google search for the term 'The Kiwi Dream', the first listing  links through to a Wikipedia Page. This page defin... 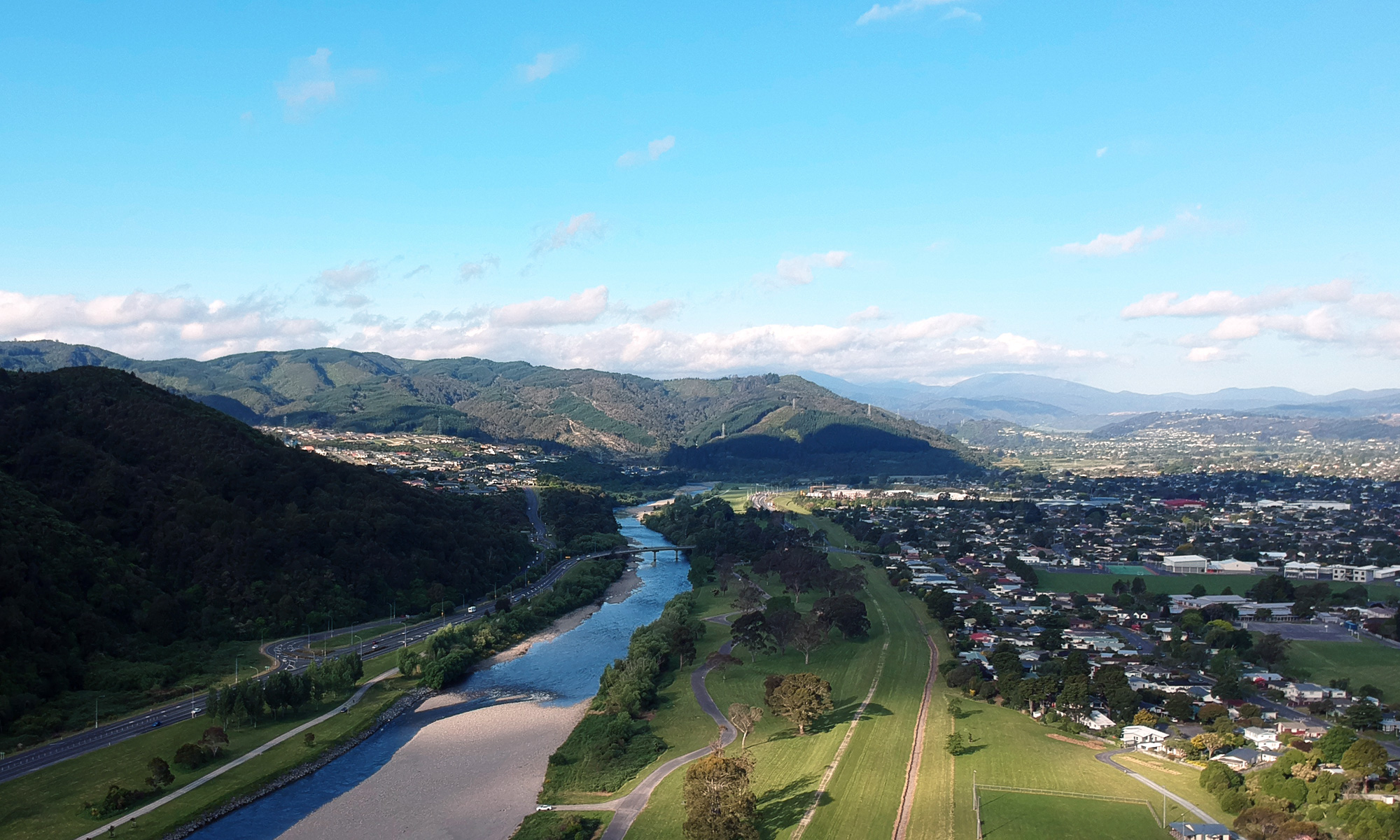 The Kiwi Dream was supported by New Zealand Government policies throughout the 19th and 20th centuries. For example, State Homes that were built by governments were basic solidly built dwellings, often constructed on generous quarter acre sections, allowing owners of these homes the ability to add and improve these houses and sections over time. Having a good sized section allowed Kiwis to grow their own produce, and for kids to play in. Many New Zealanders improved on these basic properties over time by adding extensions, garaging, landscaping etc. These homes allowed Kiwis to have pride in their quarter acre piece of paradise. But gradually over the last 20-30 years the idea of the Kiwi Dream appears to have changed.

According to Wikipedia this shift away from the 'Kiwi Dream', is referred to as 'Smart Growth'. It essentially shatters the 'Kiwi Dream' idea, and means that for many New Zealanders, they will end up living in smaller units or apartments and use public transport. Through council plan changes,  it has resulted in significant urban intensification in many of the main centres of New Zealand.

This shift away from the Kiwi Dream has been reinforced by previous governments saying that people should adjust their expectations with home ownership, especially when buying a first home,  and people should look at apartment living instead as a foothold onto the 'property ladder'. This way of living may be fine for some people, especially for younger singles or couples. But apartments living is not for everyone, and apartments have their own potential problems. Depending on the type of apartment, some homes may not benefit from the same sorts of advantages that conventional house ownership has, such as capital gains.  As a result of this shift, it has meant that mainly the wealthy and older people who already own houses  now own houses on larger sections, unless the house is situated out of the main centres of NZ. This has resulted in many of these properties being purchased by developers, who are able to cram multiple dwelling onto them and maximising their investment. This is often why run down shacks on reasonably large sections can sell for millions of dollars. O

The big question is who actually made this decision to significantly increase New Zealands population, and who is dictating what New Zealands ideal population size is? New Zealand has plenty of land, but we choose to restrict developments, which constrains supply and artificially creates high demand. This all benefits developers and land bankers. New Zealand also don't create new towns and cities as our population grows. Instead we often get a mix of urban intensification and significant urban sprawl.  Land banking is common in NZ, and we have even seen new sections today that are advertised by estate agents as being a 'land banking opportunity'. But every piece of land that is 'land banked' by an investor for the future, is a piece of land that is potentially a missing house, and has infrastructure that has been paid for which it is not using. This is a massive waste of resources during the middle of a housing crisis.

Urban intensification has resulted in many properties in New Zealand being subdivided, especially over these last 30 -40 years. As a result, the new Kiwi Dream for many is a section half the size. Eg. One eighth of an acre.  This isn't really a problem for many, as it means there is less lawn to mow and section to maintain. But it also means that houses are now getting built on land significantly smaller than this, and the space between dwellings has shrunk.

Although houses with quarter acre sections do still exist in New Zealand, especially out of the main centres,  they either often have larger houses built on them making subdivision difficult,  or they are properties that are sold as having subdivision potential. Also some houses on larger sections will be premium houses with gardens that are at the high end of the housing market.

There has been a move to significantly increase the population of New Zealand in an attempt to drive growth, which has resulted in significant urban and suburban intensification. More and more people decided to subdivide their quarter acre sections to make money,  which was then used to build infill housing. As urban intensification becomes more and more concentrated, it has resulted in both traffic and infrastructure issues as more people live within a certain area.

Due to the insane increase in house prices in New Zealand, especially in the last year (2020-2021), we now face a generation of New Zealanders being priced out of the housing market. There is also the threat of higher future interest rates, but how soon they occur is anyones guess. However once interest rates do start to rise, housing affordability may drop, and house prices could stagnate or even fall. If house prices do fall, then people who have purchased recently at these insane high pricing levels could find themselves in negative equity.  This has made some first home buyers very wary, and some have the 'Fear of Overpaying', referred to as FOOP. However many still have FOMO, Fear of missing out, which is still a major driver in massive house price inflation, as some want to just buy a house at all costs so they can get it over with.

The housing crisis in New Zealand should never have been allowed to get this far out of control, but there was very little political motivation to do anything about it. Many of the governments voters were already house owners and investors (owned more than just a family home), and they didn't want their houses taxed, so investing in property has always been very attractive option for investors in New Zealand. Investors get a steady income stream from rent and have experienced massive capital gains on top of this. One of the things we needed was more taxation around property. However as housing is part of the Kiwi Dream, such taxes were very unpopular.

Taxing capital gains on houses was probably the most common sense solution. But this has always been unpopular, as many New Zealanders buy additional houses to form part of their retirement savings portfolio, and this is encouraged by government policy.  This is because private rentals provide housing to renters, and means the government doesn't need to provide as much housing themselves.

There have been some recent changes by the government, by trying to incentivize investors to buy new homes instead of existing ones. But what the definition of a 'new home' is still has still not been defined, and there are currently a lack of builders and building materials to even build new homes. There is also an extreme lack of available land in many major population areas. Land is very constrained, which helps to keep land prices buoyant. Infact as per our previous blog post, land prices have nearly doubled in the last year or two in some areas, due to the lack of good land to build on. Yet New Zealand actually has plenty of usable land, the problem is much is 'land banked' or in areas needing new services and infrastructure.  which is often drip fed over time.

As house prices have continued to rise, home ownership levels are at some of their lowest levels, and the Kiwi Dream is now out of reach for many, especially the younger generations. Many may need to wait for their 'inheritance' from their parents before they can afford to buy a home, or hope that their parents leave them their home.

The problem is that many young New Zealanders have chosen to remain living in New Zealand so they can enjoy living in their own home with their own garden where they can grow their own food and possibly bring up a family. If these people wanted to live in apartments and have to use public transport for all their needs, they could move overseas to cities where they can earn significantly more money than they can in New Zealand. Many people have moved overseas, and it potentially allows them to build up their wealth overseas, and then return to New Zealand at at later date to then buy a home and then live the 'Kiwi Dream'. This may seen like the only option for many NZers. Overseas it can be more attractive than living in apartments in New Zealand cities, as the public transport systems can be far superior to New Zealand's, so it is actually possible to survive without owning a car. But in New Zealand we rely on cars due to having relatively poor public transport. For example our big box retail areas are actually designed to be used by car owners. This is because they are often built in fringe areas not accessible to public transport, and they are often surrounded by a sea of car parks. People actually drive between the different stores in such retail parks.

One of the reasons for the New Zealand Brain Drain in the mid 2000's was caused by NZs poor wages and a lack of future opportunities, high house prices, resulting in NZ losing many of it's young educated people to overseas. Some of these people will return to New Zealand to live in the future, but some will never return to live in New Zealand full time. New Zealand faces another brain drain in the coming years due to similar problems, with very high house prices and relatively low wages compared to what people can earn overseas. The government tried to solve the previous brain drain in the mid 00's by increasing immigration, and importing skilled people to live in NZ. This worked to an extent except, where it increased our population far too quickly, stretching our resources, including housing and infrastructure, causing the housing crisis to get even worse. New Zealand was bringing in people, when we didn't have enough houses to house those already living here.

SO is the Kiwi Dream over with the quarter acre section over for the average kiwi? It probably is in the main centres, which is the majority of New Zealanders. But for people who are able to live in small NZ towns, and can work from home or work locally, then it may still be achievable. But over time it is likely to be less and less achievable.

Comment below with your opinion on the Kiwi Dream and whether you think it is dead or not.

Also comment below on which city you think this photo is of.